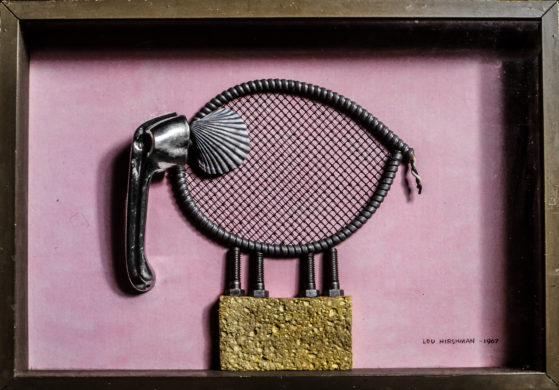 In some of Hirshman’s art, a “found object” was not always found first.  Creating “Albert Einstein,” for example, was a goal; the “found object” of the mop was just a subsequently discovered hairy means for getting there. But with other pieces, the item was the impetus, as in “Elephant.” In Hirshman’s eyes, a car door handle found by chance in a basement was never anything but an elephant’s trunk out of which the rest of the beast grew.