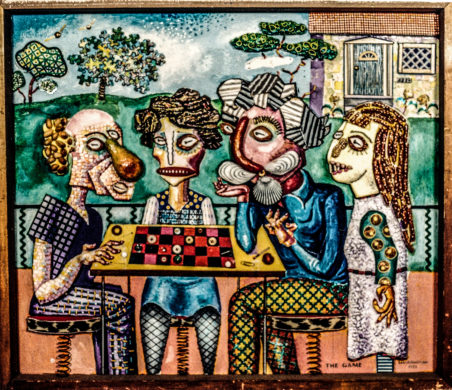 The name of “The Game” is strange as the two men opposing each other are playing on half a checkerboard. But stranger still are the fingers of all of the characters (except for the woman’s whose hands are hidden) – unlike any other of the hands in Hirshman’s work, they are twisted in odd arthritic angles, possibly be a reflection of the 78-year old’s own digits.

The house number in the background was same as Hirshman’s.