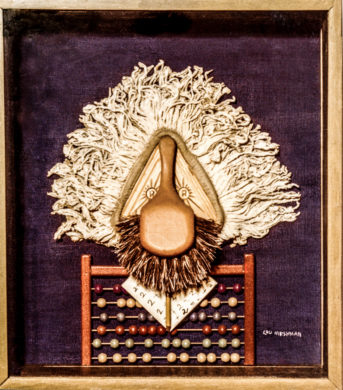 According to Hirshman in his 1940 caricature of the mop-topped, mustache-brushed Albert Einstein, the scientist’s actual claim to fame of genius is not E = mc 2, but 2+2=2+2. The equation appears multiple times on Einstein’s collar, backed by an abacus chest.

Enamored of the piece – perhaps the wittiest likeness of the 20th Century’s most admired thinker – the Philadelphia Museum of Art purchased the work in 1977.