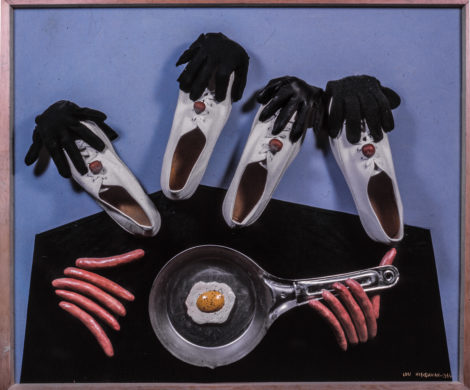 While arguably a caricature in the public-figure vein, Hirshman never gave this piece, aimed at stereotyping the pop music craze of the day, the title of “The Beatles.” That designation was the assumption of viewers. The artwork certainly carries the flavor of the Beatles’s look that led to what the press branded the British Invasion of guitar-packing bands. But Beatles or not, this Beatle-esque parody makes its point with a song-belting foursome single-bodily strumming away as one.