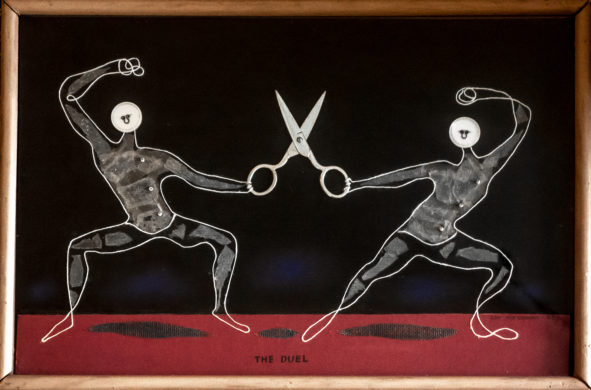 “The Duel” was a breakthrough – Hirshman’s first artwork, more of a collage than a caricature, where his wit was not aimed at making the observer laugh, but reflect. Here are two fencing foes forever locked in the crossed swords of a pair of children’s scissors with blades that will never separate. And each of the opposing poses is meticulously “drawn” in string, an artistry that shows the depths of Hirshman’s understanding of the human form. Their stances may vary, but their faces are mirrors of one another, as if they are one being bodily battling itself.